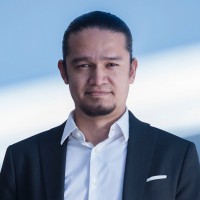 Biography:
David Silva Yanome belongs to a generation that has been able to take full advantage of the potential of digital communication in political consulting. He is the Director of NDMX, part of the corporate companies of Heurística Comunicación in Mexico, which has developed an increasingly solid work in the digital area, obtaining astonishing results in different campaigns. These campaigns includes the campaign “Diles que Voten” (Tell them to Vote) to promote the Latin vote during the 2016 presidential campaign in the U.S., and the recent presidential campaign in Mexico with the political party MORENA at a national level, the campaign for Mayor of Mexico City, as well as other campaigns for mayors, members of Congress, and senators.

David, along with a team of talented young people, participated in the creation of organic platforms for social networking, which were important to promoting the messages of the different campaigns, and helped in the implementation of digital activations, achieving at different times local, national, and global trending topic. In 2018 David Silva was recognized as Digital Consultant Revelation in the Latin Reed Awards.