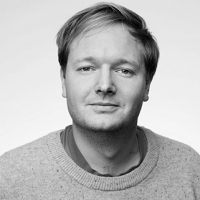 Jakob Ohlsson is a consultant with an unusual CV. As a self-taught activist-turned- entrepreneur he founded Reform Act – the first agency in Scandinavia focusing exclusively on political campaigns. An agency that now employs around 80 people and have offices in Stockholm, Copenhagen, Oslo and Brussels.

As Scandinavia’s leading innovator in political campaigns, Jakob has had the role of introducing modern campaign tactics and technology in a political environment that lags behind the American political space: working with big data, supporter-CRM, A/B-testing, , predictive analytics, campaign fundraising from small donors and microtargeting, even basic segmentation of an e-mail list were more or less unheard of within the political space before Reform Act was founded and started working with political organizations in Scandinavia. Jakob has helped challenge and then modernize this industry by bringing in new ideas and tech.

Jakob is the first Swede to have won the two most prestigious industry awards: “40 under 40” award by the American Association of Political Consultants, and “Rising Star” award by the Campaigns & Elections magazine as well as multiple Reed & Pollie awards.