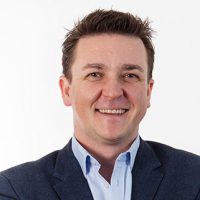 Jason MacKenzie is a strategist, consultant and elections and campaigns director. He is the director of strategic development at College Green Group in Westminster, London – and was the 2017 president of the Chartered Institute of Public Relations (CIPR), the largest professional membership organisation for PR consultants in Europe.

Jason has delivered keynote speeches at conferences in Egypt, Germany, Iran, Mexico and Poland; and at events in Oman, Saudi Arabia and across the UK. He’s a Visiting Industry Fellow at Birmingham City University’s School of Media and a guest speaker at other universities, including Henley Business School and the University of Exeter Business School, where he taught on its One Planet MBA.

He is a Fellow of the CIPR and the British-American Project and was a Founding Chartered Public Relations Practitioner. Jason has judged national and international awards, including the CIPR Excellence Awards, PR Week Awards, and the Global Alliance for Public Relations and Communication Management GRAND PRIX Awards.

His qualifications include an MA in PR, and diplomas from the CIM, CIPR and PRCA. Jason has expertise in crisis communication, reputation management, stakeholder engagement and capacity building.