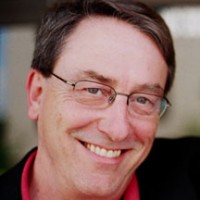 Biography:
Walter Ludwig began his political career as a staff volunteer on the McGovern campaign. He left politics in 1988 and founded several successful media and software companies, returning in 2003 as a state director for Dean for America, then founded Project 90, a precursor to DNC Chair Howard Dean’s “50-state strategy.” As principal of TeamBlue Politics, then managing partner of Indigo, he has been general consultant or managed over 25 Congressional and four US Senate races, as well as state rep/senate, statewide judicial and mayoral races, including electing the first Democratic mayor of Knoxville in three decades.

In 2013-14, he was general consultant to Martin Schulz and the PES election campaign for the European Parliament and produced their Congress. Other European projects include the “Better Regulation – It Really Isn’t” campaign for UNI Europa and the current “Europe Needs a Pay Rise” campaign for the ETUC.