A Dynamic Platform to Exchange Experience

During the annual conference of the International Association of Political Consultants (IAPC) in Dublin 1995, Sepp Hartinger (Austria) and Michel Bongrad (France) decided to found the European Association of Political Consultants. Six months later, Hartinger organized a meeting in Paris between a group of European consultants to discuss the idea. The EAPC was officially founded in September 1996, with the inaurgural conference taking place in Vienna with colleagues from Austria, Germany, Turkey, Italy, Switzerland, Hungary, France and the USA.

In the following years, EAPC grew into a broad coalition of political consultants and public affairs professionals in Europe. Members exchanged experiences, giving each other tips on how to act most effectively and support democracy.

In 2003 the EAPC started the project “Election Time”, presenting the best campaigns from the continent in an annual year book. The project ran for 3 years between 2003-2005, and was translated into English, German, Turkish and Russian.

In 2010 the EAPC elected Gerlinde Manz-Christ from Liechtenstein as their the first female President.

In 2014, the EAPC embarked upon a re-organization, aiming to make their services more dynamic in order to better cater to their members. This process continued at the 2017 general assembly in Brussels, where the EAPC adopted the Code of Conduct for all members as well as a new constitution. In the same year, thhe EAPC established the “EAPC Polaris award”, a new award for political campaigning.

The First EAPC Board, elected at the founding meeting, 1996: 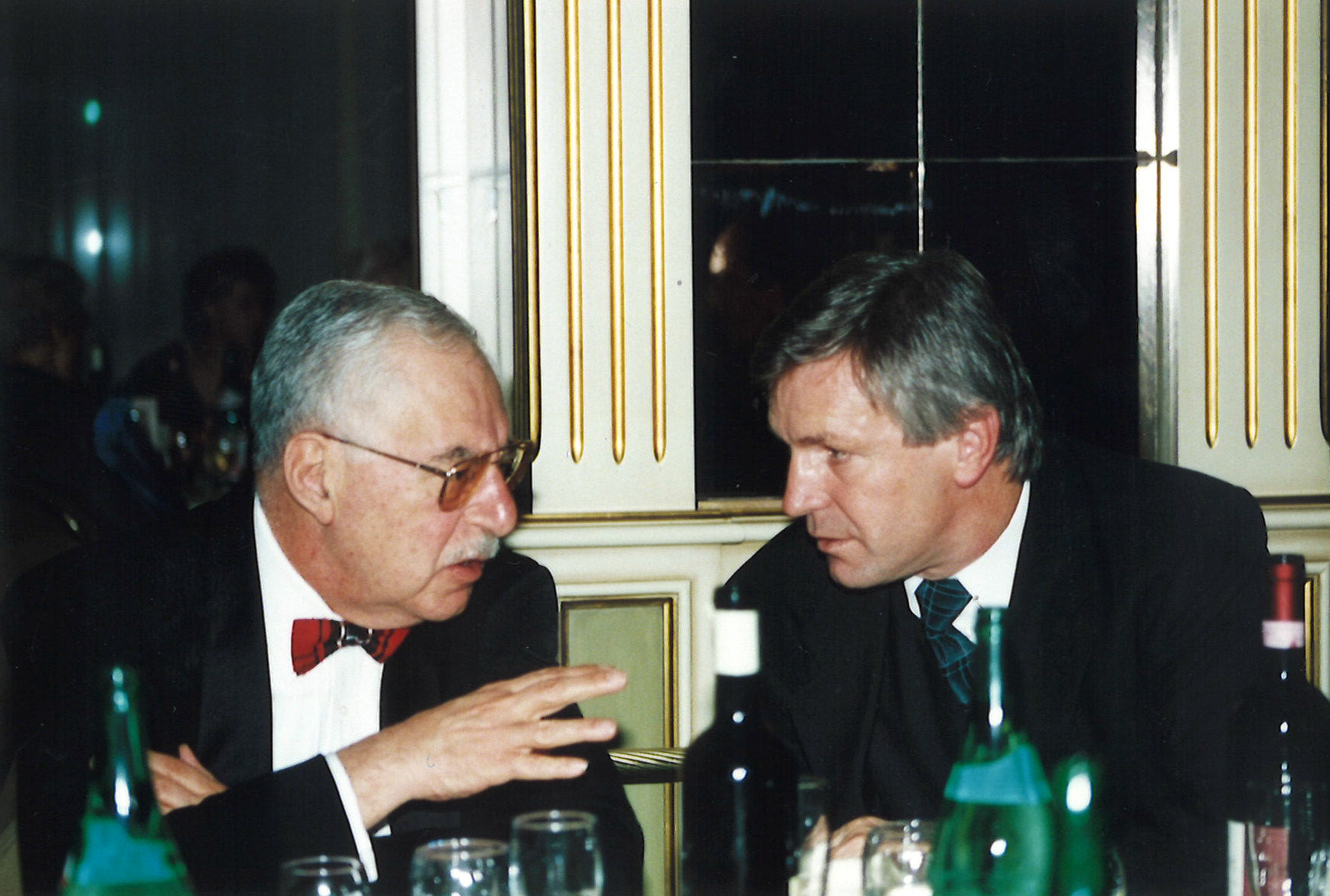 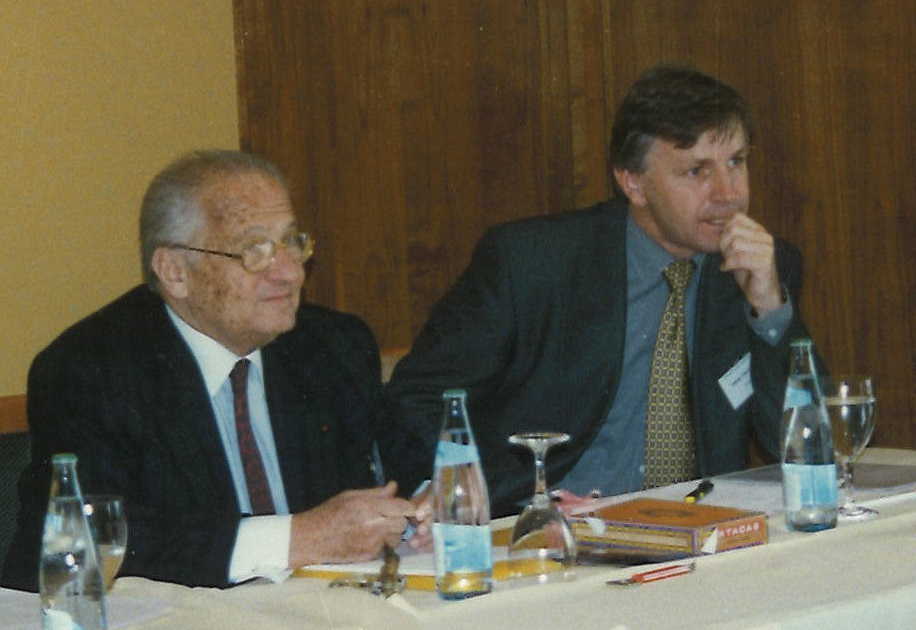 Michel Bongrand and Sepp Hartinger during the IAPC Conference 1995 in Dublin, Ireland. 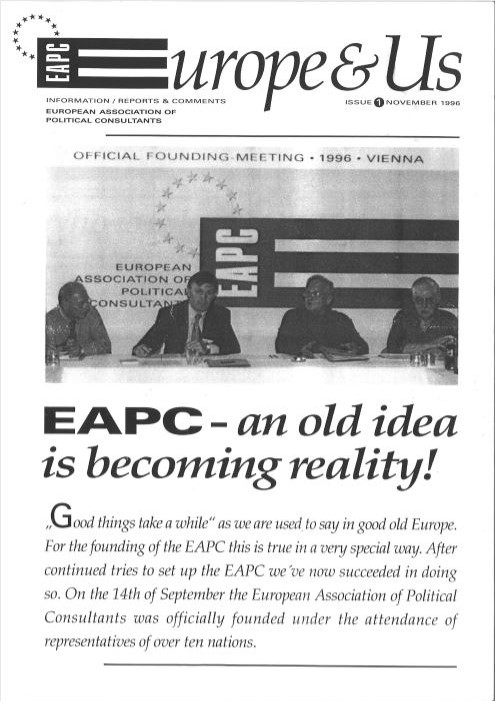 The first membership newsletter in November 1996.