Letter from the prison

Since July 29th Vitaly Shklyarov is in prison in Minsk. The EAPC has started a number of activities to achieve his immediate release. The following letter by Vitaly has been send to us via his lawyer. The EAPC will continue to use every opportunity that will help to achieve Vitalys release.

Here is the letter:

Like any person who dared to criticize authoritarian regimes, I understood that it was not worth renouncing prison. But when I was arrested, I still did not expect to end up in a totalitarian prison. Permanently. It was as if some vile time machine had sent me to the GULAG. No, I’m not getting hit yet. But they try to break it. In every way. They twist and crush, use Terry camp methods.

The worst thing is that I have no correspondence or communication with the outside world. I am a political prisoner, so the letters I write every other day to my mother, son, wife, and friends are not allowed outside the prison walls. They don’t come out of jail; I think that the local political officer carefully files them to my case. What he’s going to dig up against me is clear.

Of course, the letters that are sent to me from the outside do not reach me either. Not that they were censored, some were passed, others were not. They don’t let you through at all. Even though they read it. And books just don’t transmit.

I wanted to start writing something myself-I can’t! In addition, every written word of my diary is read and copied.

Once, after a meeting with a lawyer, after trying to pass a letter to my mother and wife, they took me into a room, stripped me completely naked, and searched me thoroughly to see if I had hidden a piece of paper somewhere. Then they put me in a “glass” — a meter — by-meter concrete punishment cell-while they searched my cell, it seems.

Believe me, the “glass” in comparison with the total information vacuum is nothing. But for spiritual care, a TV was brought to the cell. Of course, only three main Belarusian channels are available, where there are special soul-saving Belarusian programs-they probably hope to wash their brains with propaganda about milk production and grain harvesting.

Shower once a week, on Wednesdays. The toilet in the cell is in full view. Solzhenitsyn from the grave waved his hand and turned over on the other side.

They make you shave every day. Regulation. If you don’t shave, they threaten you with a punishment cell (it’s almost like a “glass”, but there is a stool, there is nowhere to lie). Growing a beard is a certain degree of freedom. Not allowed! All must be the same. The razor is blunt, there are no lotions and the water is icy. After the first shave, the face became inflamed. The next day they make you shave again, even though nothing has grown back! The irritation increases. I called the doctor — he said that “he sees the inflammation, but can’t do anything”, they say, it is not necessary not to shave. Charter!

You can’t lie on the bed during the day — for this, too, a reprimand and a punishment cell are guaranteed. But after 22:00 — lights out. Do you think that lights out means you went to bed and fell asleep? Lights out — this is just turned off the music, Soviet-Patriotic, which from six in the morning thunders from the yard. The light in the cell is on continuously, 24 hours a day. The bunks are short, iron, and so uncomfortable that it is impossible to sleep on them. My legs are swollen and I can’t pull them out. Therefore, it is impossible to get enough sleep: it is painful and light. And the constant clang of iron locks and doors. Always. 24 hours a day. In 2020, this can and should be regarded as torture. Torture for freedom of speech, for incorrect views and articles about the presidential election.

Non-free Belarusians, I hope you have a better life there, in the wild, than here. Although the difference is getting smaller every day, if the rumors that come from the outside are true, the unbearable conditions in which I find myself are nothing compared to when young people, teenagers, girls are beaten with sticks, that there is no living space left for them. And the devil knows what they, like me, are looking at deadlines. However, I do not lose hope for freedom, for all of us.

She will be. Sooner or later. All that’s left is to find this damned time machine and go back to the twenty-first century.

Just in case, I officially declare that I have no thoughts of suicide. I hope to be fully exonerated, to be released, and to continue to live a free and honest life, as I have always lived.

With respect and love,
Temporarily stuck in the Byelorussian SSR,
free political prisoners

Head of State Alexander Lukaschenko continues to mock any democratic values in view of the upcoming Presidential Election on August 9 in Belarus.

12 days before the election, on July 29, the  longtime member of the EAPC, Vitaly Shklyarov, was arrested on the street in Gomel and taken in prison in Minsk, 300 km away, where he is currently serving.

“He only went for a short visit to the market near his house in Homel with shorts and T-shirt”, reports his mother. “They arrested him without any reason. I received a call late in the evening telling me that he is in the prison in Minsk.”

The arrest was later based on the fact that he seems to have organized the social media campaign for an opposition presidential candidate and set up a network with volunteers.

The EAPC, the European Association of Political Consultants, strongly condemns the blatant arbitrariness of the authorities.

“Vitaly Shklyarov is a very serious and experienced political consultant who was working for Angelika Merkel in the past as well as in the Barak Obama campaign”, said the EAPC.

In an open letter, Head of the State, Alexander Lukaschenko is asked to have Vitaly Shklyarov released immediately and to ensure free and fair elections in his country.

“As free people of liberal community with democrats values, we can not tolerate such actions in any way. We also urge all democratic forces around Europe to work for the release of our colleague”.

A look behind the campaigns in
Russia, Croatia and Poland.

Election campaigns in Europe are always an extremely exiting Story. Each country has its own culture and its own challenge. Finding out more about the background and insides of campaigns is the the central importance to us as EAPC. We start this new EAPC service with first interviews about the Russian Constitutional Referendum and the the Parliamentary Elections in Croatia.

The Presidential Election in Poland 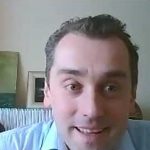 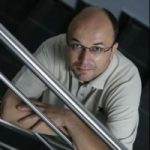 Interview by EAPC Board Member Thomas Borwick. Member of the EAPC Board. Macan Krezimir gives a detailed explanation of his thoughts on the campaigns out. What it was about and what it means for the country going forward. 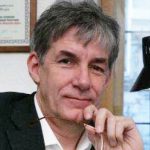 Interview with Igor Mintusov, President of the EAPC and Russian Political Consultant

Interview by EAPC Board Member Thomas Borwick. Igor Mintusov gives a detailed explanation of his thoughts on the campaign and the Outcome.