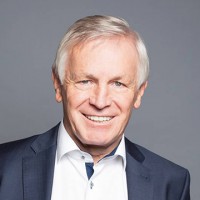 Biography:
Sepp Hartinger, President of Hartinger Consulting, is one of the pioneers and founders of the EAPC. He also was the first President of the Association from 1996 to 1998 and President of the IAPC from 1999 to 2001. Sepp Hartinger started his career as a campaign manager for the Social Democrats, for whom he worked until 1983 when he has founded his own communication agency. In the 1990s when the communist systems in Eastern Europe started to fall apart, Sepp Hartinger worked as a consultant to prepare the first democratic elections in Chech Republic, Slovenia and Bulgaria. In the following years Hartinger Consulting emphasized on business clients and became one of the leading creative communication agencies in Austria with a special department for political consultancy. Since 2014 Sepp Hartinger has been the Treasurer of the EAPC and Board member of IAPC.