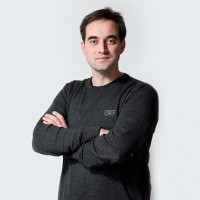 Biography:
Gordan Turković is the co-owner and partner in the Croatian-based agency CTA Komunikacije. He has advised candidates across a range of political campaigns in Croatia, Serbia and Bosnia and Herzegovina at all levels – presidential, general elections, European Parliament elections and local elections. Between campaigning, Gordan develops communications strategies for clients from various industries, while he has also worked as an advisor to several Croatian mayors and prefects. Gordan is also a lecturer at the Zagreb School of Business and frequently gives lectures at other universities, private schools and for clients. With his former company Manjgura, he had won the 2018 Bronze Polaris Award for the Mayoral Campaign in the town of Šibenik for which he had developed the entire strategy.