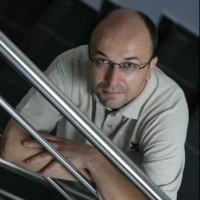 Biography:
Krešimir is a respected Croatian PR professional specialized in crisis management, strategic communication in politics and new social media, who currently successfully manages his own consulting agency – Manjgura Ltd.
In 1998 he was hired by the most influential media house in Croatia – Croatian Radio Television as their first Head of Corporate Communications. In 2003 he was appointed as Communication Advisor to the Prime Minister of Croatia, with the aim of improving Government’s communications. From 2004 to 2008 he was Executive Manager of the Croatian PR agency Madison Consulting, where he successfully developed its operations.
He has been involved in public relations since 1991 when, during the Homeland War in Croatia, he was positioned as the Chief of Staff of the Ministry of Information and later Head of Information department of the Ministry of Foreign Affairs of the Republic of Croatia (1995).
He is a recognized international election consultant and CIPR certified lecturer in new media relations, crisis management and political communication. He graduated with a degree in Computer Sciences from the Faculty of Electrical Engineering and Computing, University of Zagreb, and he fluently speaks five languages.
He is a member of the Croatian PR Association (HUOJ), Chartered Institute of Public Relations (CIPR) and European Association of Political Communicators (EAPC).