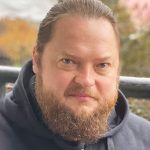 Anatoli Makarov was born in 1978 in Russia. In 2000 graduated from the Sociology and Philosophy Department of the Udmurt State University. For some time headed the sociological and analytical centers.

Since 2005, he headed the information policy department of the Administration of the head of the Udmurt republic. Was the head of the Izhevsk branch of the project «Intercultural cities» of the Council of Europe.

Since 2013, he has been a deputy head of the administration of the governor of the Sakhalin region. Since 2015 he has been an independent political expert. Organized election campaigns of political parties in the Far East of Russia.

At present he is a political manager in the Transcaucasian region.

He consulted parliamentary candidates in the election in Russia, Georgia and Ukraine.