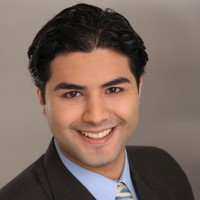 Biography:
Starting to be active in elections campaigns, since the age of 16, Reza Kazemi became one of the youngest professional campaign consultants in Europe, when managing campaigns on national level at the age of 22. Today, Reza Kazemi is well-known as one of the experts in political marketing and communication. Practical Experiences: As a founder of Campaigns & Technology and Kazemi-Consulting, he has been active in several interesting campaigns throughout Europe. During the last decade, he assisted several candidates on local, regional and national level – including minister presidents, candidates for the German National and the European Parliament as well as Head of Parties. Together with their partner agency “The Leadership” and including especially local politics, they have been consulting more than 700 candidates, e.g. in Germany, Austria, France and the USA. Here they became well-known, because of implementing creative concepts and new campaigning ways to engage more voters into the process of political participation and decision making. Technical Specialization: Combining his background in Political PR and Engineering, Reza Kazemi was the first person ever, to professionally implement modern campaign technologies, like e.g. the “TalkTOO! Telefonversammlung”, an innovative tool for mass participation, into the German speaking countries. Using the results of empirical research, he has furthermore developed scientific ways and specialized in using e.g. Facial Expression Technologies, Eye-Tracking tools, Real-Time-Response (RTR) measurements and other technologies within election campaigns. Scientific background: Reza Kazemi spent five years writing a PhD in Political Marketing and communication, having a focus on empirical research, combining quantitative and qualitative methods. During the past years, he was running several empirical studies for analyzing effects of “Modern Marketing Methods on Candidate Images”. Furthermore he is holding a university Diploma in mechanical engineering and business administration. He received a scholarship from one of the major German foundations and became known as one of the fastest students in Germany. Furthermore in the past, he has conducted empirical studies, working together with the “Steinbeis Research Center for advertisement and communication”. Also in the past he has been holding several teaching assignments from the University of Ravensburg, where his lectures were on topics like e.g. “Implementation of commercial marketing tools into political campaigns” and “Political marketing” or “Behavioral Strategies in Election Campaigns”.