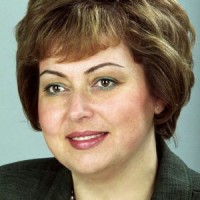 Biography:
Dr. Egorova, is founder and president of the “Niccolo M” Strategic Communications, one of the leading Russian companies in political consulting and public relations. She has managed and advised political campaigns throughout Russia and in the West, including the United States.
She served as personal political consultant to President Boris Yeltsin and three Presidents of foreign states. She is credited with creating the Russian concept of the psychology of political leadership and leaders. Prof. Egorova has published several books, e.g. “One Cannot be Born a Politician: How to become an Effective Political Leader” (1993), “Image of the Leader” (1994), “Political Consultant”, “Political Advertising” (1999), “Political Consulting” (2002) and “Games with Toy Soldiers. Political Psychology of Presidents” (2004), “In the Fog of War: Offensive Military Communicative Technologies” (2010).
Dr. Egorova is a member of the European Association of Political Consultants (EAPC), International Association of Political Consultants (IAPC).