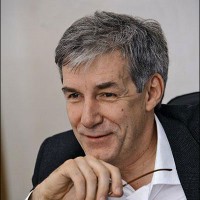 ​Biography:
Igor Mintusov was born in 1958 in Kirov, Kaluga Region. In 1980 graduated from the Economic Department of the Moscow State University. For some time worked in the Academy of Sciences of the Soviet Union. Since 1989 headed the Center of Political and Sociological Studies. At present he is the Chairman of the Board of Directors of the NICCOLO-M Group of Companies,
He consulted presidential candidates in Russia, Belorussia, Mongolia, Nicaragua, Venezuela, and supervised consultant groups at the parliamentary elections in the Soviet Union and Russia in 1989, 1990, 1993, 1995, and 1999. As a consultant worked at the parliamentary elections in Poland in 1997, the United States in 1998, Latvia 1998, 2001; Mongolia 2004
Consulted tens of electoral staffs in the elections of governors and mayors in Russia.
A member of the Board of Directors of the European Association of Political Consultants (EAPC), International Association of Business Communicators (IABC), World Association for Public Opinion Research (WAPOR), and Public Relations Society of America (PRSA).
He is also the author of some books and articles on problems of political consulting and public relations.