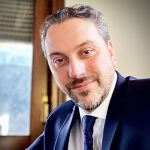 Jordi Segarra Tomas has directed strategies and managed campaigns for leaders, parties and movements in Africa, America, Asia and Europe. He has experience in more than 30 countries and a success rate up from 90%, including 19 presidential elections.  He was included by Campaigns & Elections Politics magazine between “the 10 best political consultants in the world” and has been recognised with 23 Pollie Awards (including twice as International Strategist of the Year), 18 Reed Awards (including Political Consultant of the Year) and 3 Polaris Awards. Jordi’s headquarters are based in Dubai and Barcelona.