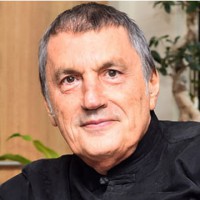 Biography:
Mr.Ural is senior adviser to the Metropolitan Mayor of Izmir. He has acted as a consultant and a campaign manager during general and local election for social democrat parties and candidates since 1987.
Mr.Ural has been a lecturer at the University of Istanbul Faculty of Economics and at Istanbul University School of Advertising and Market Research.He occasionally continues giving lectures at different universities.
Mr.Ural was a founder,partner and chairman of Yorum Publicis Istanbul,a leading Integrated communications group founded in 1981.He was a board member of the Turkish Advertising Association and is presently a member of the Advising Board and is serving as the same to the Turkish Advertising Foundation of which he was chairman for many years.
Mr.Ural was a chairman of TÜSES (Turkish Social Economic and Political Research Foundation) a social democrat think tank,and board member in various other non-profit organizations with similar objectives.
Mr.Ural is among the founders of EAPC and served as President in the term 2004-2006.He is currently Vice-President of IAPC.