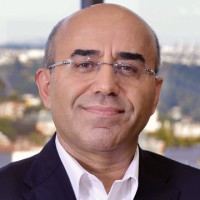 Biography:
Necati Ozkan is the founder and president of OYKU / Dialogue International Istanbul. He has served as a political consultant and a campaign manager for the Social Democrats. He has also worked for several NGO’s, politicians and mayors.

He managed national and local political campaigns in Turkey and around. He worked as a lecturer in different universities. He won more than 45 awards including 11 Pollie Awards, 5 Reed Awards, 11 Goldie Awards, 2 Adrian Awards, and several national awards.

Necati Ozkan is a past president of EAPC, and member of AAPC, IAPC.