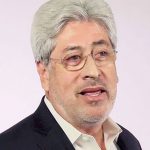 From 1982 to the present date, De Vengoechea has advised 22 candidates for president and more than 200 others for senators, congressmen, governors and mayors in Argentina, Bolivia, Colombia, Costa Rica, Dominican Republic, Ecuador, El Salvador, Guatemala, Haiti, Honduras, Mexico, Nicaragua, United States and Venezuela. As an advisor to Governments, he has been a strategist for several of the most important political crises in the Latin American region, successfully overcome. He currently advises two presidential campaigns: in Dominican Republic with Luis Abinader; and Ecuador with Guillermo Lasso.

De Vengoechea has been a visiting professor at prestigious universities such as the Catholic University of Argentina; the University of Salamanca, the Camilo José Cela University and the Ortega y Gasset Foundation of Spain; and the School of Electoral processes of México. Is also a frequent media analyst at CNN in spanish, NTN24 and the Nuevo Herald in Miami. He is the author of the book, “7 Tools to Turn Off a Government Crisis” (edited by Siglo XXI Editores, México in 2010) and several articles in publications made by ALACOP and ACOP. He is the winner of more than 15 international awards: Pollies, Reeds and Polaris. Member of the “Hall of Fame” at Campaign & Elections, spanish version; he was president of the Latin American Association of Political Consultants, ALaCoP, between 1998 and 2000.

He is currently vice president of the International Association of Political Consultants, IAPC.