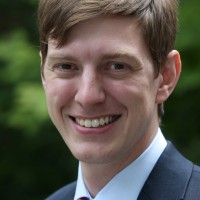 The general rule in Conservative leadership campaigns is that the front-runner never wins. From Micheal Heseltine in 1990, to David Davis in 2005, to our current Prime Minister’s Gove-assisted implosion in 2016, the person who strolls through the iconic black door of 10 Downing Street at the end of the campaign is rarely the person who was expected to win at the start that walks into that famous door.

One of the most notable things about this campaign was the number of people who threw their hat into the ring. The government’s unprecedented instability and infighting led to many ambitious MPs feeling as though they had little to lose, and much to gain, by announcing their candidacy. When second referendum supporter Sam Gyimah became the last candidate to declare, announcing live on Ridge of Sunday that he would be standing for leader to ‘broaden the debate’, he joined a field of 12 candidates, which included rising star James Cleverly, Home Secretary Sajid Javid, Foreign Secretary Jeremy Hunt, Environment Secretary Michael Gove, and the winner, Boris Johnson.

As early as Autumn 2018, there were signs that Boris had learnt his lessons from the debacle of 2016. His failed leadership campaign in 2016 was described by one of Britain’s most respected political journalists Tim Shipman as ‘chaos’. There was confusion over who exactly was running the campaign, with co-chairs Michael Gove and Ben Wallace receiving input from a litany of powerful strategists, most notably Sir Lynton Crosby and Vote Leave boss Dominic Cummings, without anybody having a clearly defined role. Boris was in many ways running on a joint ticket with Gove, who was to take on the dual roles of Chancellor and chief Brexit negotiator. This engendered personality clashes between Boris’ laid-back lieutenants and Gove’s younger, more intense team. In his book All Out War, Shipman describes Gove’s team being ‘horrified’ at how ‘amateurish’ the Boris campaign was; and while nobody but Gove and his inner circle will ever truly know why he acted as he did and ended his fellow Brexiteer’s leadership campaign by abandoning his post as Boris’ most high-profile supporter and becoming a leadership rival, the sense of a lack of professionalism surrounding Boris’ campaign was likely to have played a role.

This time round Boris had his team in place early, and a coherent strategy to win round what is commonly referred to as the most duplicitous electorate in the world – Conservative MPs. By resigning as Foreign Secretary over Theresa May’s Chequers proposal he had won support from the Brexiteer wing of the party and particularly the all-powerful European Research Group, while by trumpeting the liberal record he had established during his broadly popular tenure as London Mayor he reassured One Nation Conservatives that he was someone they could rally behind. When Theresa May announced her resignation in late May, he and his team – which included May-era Chief Whip Gavin Williamson – set about marshalling support across the party.

The professionalisation of the Boris operation in many ways forced the other candidates to professionalise as well. Political strategists were consulted by almost every campaign. This is one of the more interesting trends to emerge from this year’s leadership campaign. Typically they have been entirely run by an MP ally of the candidate; but both Boris and his eventual challenger on the members’ ballot Jeremy Hunt relied on outside expertise. Multiple campaigns also relied on multiple organisations who specialised in different facets of the campaign operation, bucking the trend of hiring a single organisation to run all aspects of the campaign.

Hunt’s progress onto the ballot paper was not easy. Early in the campaign dark horse Rory Stewart gathered momentum by targeting grassroots support with his soon-famous #RoryWalks. The now-former Minister filmed himself walking and talking with ordinary members of the public, tweeting his location as he went and encouraging people to find and debate him. The approach earned him plaudits from both members of the public and MPs, who saw his willingness to engage as marking him out as a different kind of politician, but ultimately his lack of Brexit credentials meant he was never a serious contender for the final two.

The 6-week campaign was handled deftly by Team Boris. Hunt recognised he was beginning at a disadvantage and engaged in a media blitz, accepting every interview opportunity that came his way in an aggressive bid to change the hearts and minds of the Conservative electorate. In hindsight this was probably a mistake. The gaffe-prone Boris limited his media availability, but Hunt’s proactiveness meant that he provided the media with enough content to fill the void this created, perversely meaning that Johnson was less heavily scrutinised for his low-key approach. The only time he really came under fire for it was in the immediate aftermath of a Channel 4 debate early in the campaign, who left a podium empty after he refused to attend, creating a striking image. However, it barely dented his candidacy, partly because later in the campaign he could point to his attendance at an expansive program of regional hustings organised by Conservative HQ as proof he was subjecting himself to questions in front of ordinary people.

Often campaigning is considered a field where hard work wins the day. But Boris’ eventual 2:1 victory demonstrated that a low-key campaign can be just as, if not more, effective in the right circumstances. Johnson’s immense popularity amongst the Tory grassroots meant that it was more important to focus on not losing support rather than gaining it, and the cautious strategy – under the slogan ‘Deliver [Brexit], Unite [the party], Defeat [Labour]’ – succeeded in that aim. With Domonic Cummings joining Boris in Downing Street as de facto Chief of Staff, and rumours of a potential Autumn election, it looks as if Boris won’t be done campaigning yet.