In the pursuit of knowledge...

From time to time EAPC will recommend books of special interest to the industry. These can be seen below.

If you are an EAPC member and want to recommend a book to be showcased, send us a picture (or link) of your recommendation as well as a short description to [email protected] and we will take it into consideration. 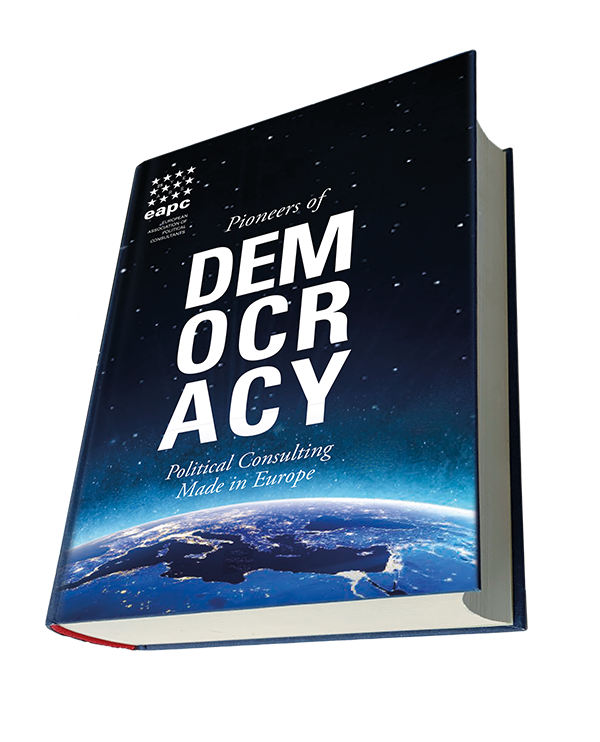 On September 14, 2021, the European Association of Political Consultants celebrated its 25th anniversary. Reason enough for the association to introduce a number of new services and projects. One of them was the book project “Pioneers of Democracy”, which could be presented virtually to the members on the anniversary evening after a good year of preparation. The 500-page book presents in five chapters the history of political consultation in Europe as well as campaigns of the first 25 years and a well-founded outlook into the future.

The idea for the book came from the founders and co-founders of EAPC, Volker Riegger, Peter Frei, Igor Mintusov and Sepp Hartinger. All four also acted as the project team and painstakingly compiled many previously undiscovered facts about political consultation in Europe. It was also quite difficult to realise the idea of presenting 25 political campaigns from the last 25 years from 25 different European countries in the book. This was mainly due to the fact that campaigns that went back further required intensive research. The project team also found great support in SORA-Austria, the opinion research institute of Christoph Hofinger and Günther Ogris, who contributed a study on the future of political consultation in Europe free of charge.

In total, no less than 45 authors from 27 countries, including many who are not members of EAPC, contributed to the book project. To all those who have contributed such great work here, on behalf of our Association, a big thank you and respect for the achievement.

The book itself, which is available now from the EAPC office at the e-mail address [email protected] at a price of EUR 49.00 per book, is divided into five sections.

Chapter 1: Political Consulting Made in Europe

The core of the book consists of 25 analyses of 25 political campaigns in Europe between 1996 and 2021, which involved many members of the EAPC as well as many other experts, outside the association. “This was real back-breaking work”, says Igor Mintusov, who was responsible for this chapter. The analyses come from the following countries: Russia, Andorra, Germany, Portugal, Spain, Norway, Switzerland, Sweden, Luxembourg, Bulgaria, Denmark, Finland, Malta, Ukraine, Croaia, Georgia, Italy, Romania, Greece, Austria, France, Czech Republic, Turkey, Poland, Belarus.

Chapter 3: The Future of Political Consulting

The introduction to this section of the book is made by SORA-Austria with the results of the survey summarised and commented by Volker Riegger. In the further course, numerous friends and members of the EAPC comment on the topic and explain their views.

Chapter 4: All about the EAPC

Finally, the fourth chapter presents the EAPC itself. It looks back at the founding, the Constitution, the Code of Conduct and the Charter for Democracy. The introduction of the Executive Board and an overview of the conference venues of the first 25 years round off this chapter.

An extremely valuable chapter is also the concluding, fifth chapter of the book. Here, in alphabetical order, all the authors of the book are presented in words and pictures.

“Pioneers of Democracy”: A great piece of contemporary history

“Pioneers of Democracy”, the anniversary book of the EAPC not only spans an impressive arc over the first 25 years of the association. It also makes clear how counselling has changed during this period. “Pioneers of Democracy” is a great piece of contemporary history that is to be recommended to everyone who is concerned with political consulting in Europe. 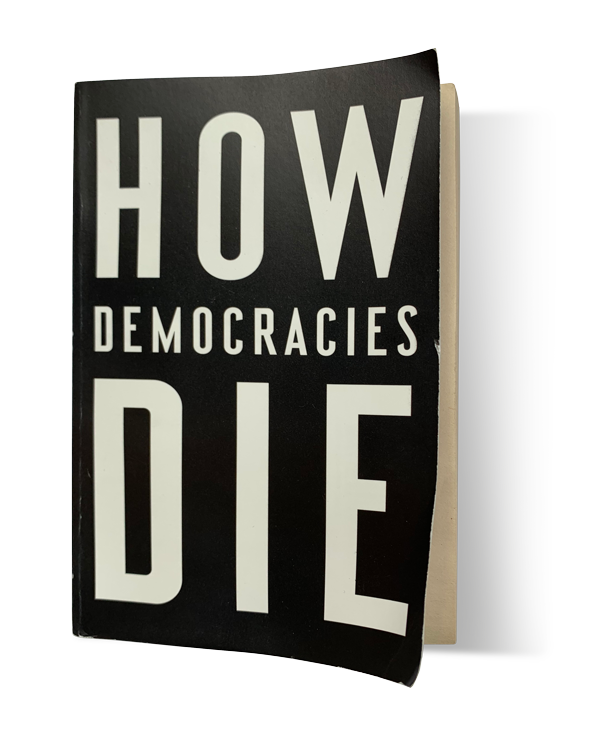 Prof. Steven Levitsky and Prof. Daniel Ziblatt, USA
Authors of the book “How Democracies die” for their explanation in a scientific way how democratic systems are in danger by elections.

Background:
Two Harvard professors explain the dangerous world we face today Democracies can die with a coup d‘état – or they can die slowly.
This happens most deceptively when in piecemeal fashion, with the election of an authoritarian leader, the abuse of governmental power and the complete repression of opposition. All three steps are being taken around the world – not least with the election of Donald Trump – and we must all understand how we can stop them.
In How Democracies Die, Harvard professors Steven Levitsky and Daniel Ziblatt draw insightful lessons from across history – from the rule of General Augusto Pinochet in Chile to the quiet undermining of Turkey‘s constitutional system by President Recip Erdogan – to shine a light on regime breakdown across the twentieth and twenty-first centuries. Notably they point to the dangers of an authoritarian leader faced with a major crisis. Based on years of research, they present a deep under- standing of how and why democracies die; an alarming analysis of how democracy is being subverted today in the US and beyond; and a guide for maintaining and repairing a threatened democracy, for governments, political parties and individuals. History doesn‘t repeat itself.
But we can protect our democracy by learning its lessons, before it‘s too late.

Available at every bookshop or online.