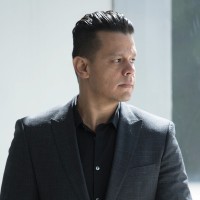 Biography:
Ivan Silva Yanome leads Heurística Comunicación one of the leading agencies and most awarded among Latin America and has provided political communication integral services in Mexico and Latin America. He was part of the strategy team that contributed to the triumph of Andres Manuel Lopez Obrador to the presidency of Mexico, a historical election. He was also part of the team and war room of Claudia Sheinbaum, winner of the election for Mayor of Mexico City. Ivan was also part of the communication team of the political Mexican party “Morena” at a national level and participated in several state and local campaigns, as well as campaigns for members of Congress and senators in Mexico.

Ivan Silva was also one of the strategists of the campaign “Diles Que Voten” (Tell them to Vote) during the 2016 presidential USA election that promoted the Latin-American vote among the United States.

Ivan Silva has demonstrated his analytical capacity and methodical work, which he combined with creative quality to achieve the audiovisual and graphic design products created. He has been recognized as Revelation Consultant in 2017 and Consultant of the Year in 2018 by the Latin Reed Awards.